Founding ceremony of China’s Center for the Economics of Human Development (CCEHD)
CIID
Published: 2017/12/18 10:49:00    Updated time: 2019/1/24 11:13:16
Abstract: On 18th December 2017, China Center for the Economics of Human Development (CCEHD), co-initiated by Beijing Normal University (BNU) and China Development Research Foundation (CDRF) was founded in Beijing. The center is an interdisciplinary research cooperation platform, aiming to integrate the resources from Beijing Normal University, China Development Foundation, Peking University and other social resources to promote research in related fields and better scientific decision-making. The center shall set up an academic committee with co-chair, consisting of authority experts in the field of human development. The Co-directors chosen by both organizations assume overall responsibility for the work of the center. The center aims to study different aspects of the human development’s life cycle such as education, health, cognition and its influence factors.
Keywords: The economics of human development 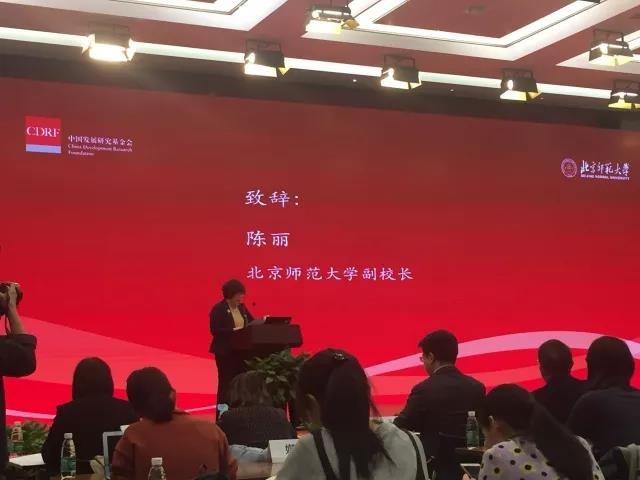 Madam Chen Li, Vice Principal of Beijing Normal University, gave a speech on behalf of BNU. She said that the foundation of the center is the result of further cooperation with complementary advantages on a long-term relationship basis. And she added that both organizations should jointly invite all elites, create excellent team to make international academic achievements. 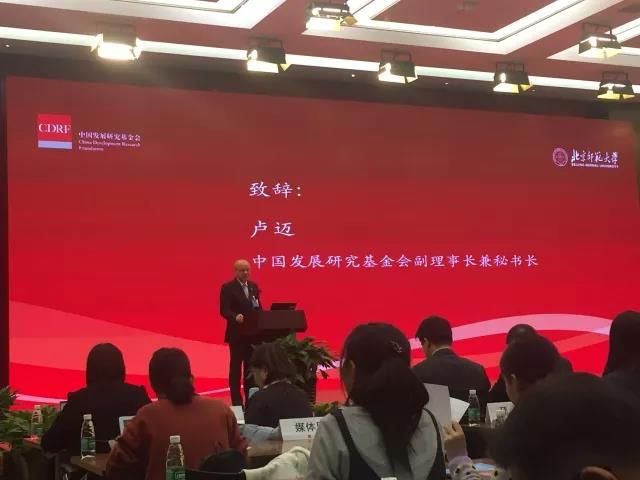 Lu Mai, the Assistant Director and Secretory-general of CDRF, would be co-president of the academic committee together with Zhong Binglin, the former principal of BNU. In his opening words, Lu Mai expressed his great expectation with this milestone cooperation. He mentioned that foundation of the center was against the back-ground of the new era. The research should not only contribute to reduce income inequality, but also social harmony. CIID and CDRF should make joint efforts so that the research quality and policy influence would be enhanced to a higher level. 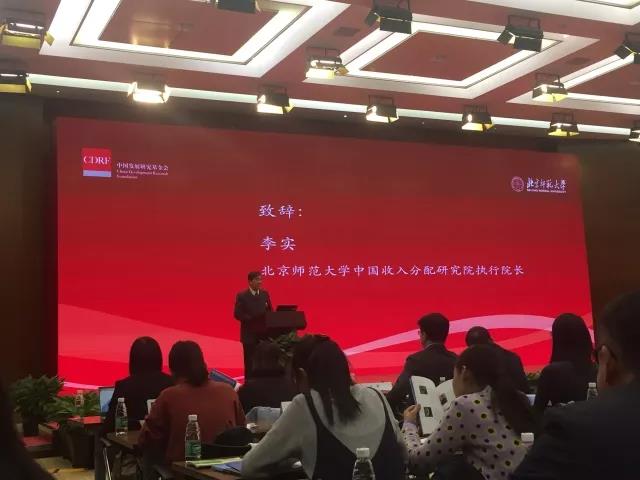 Li Shi, Co-Director of CCEHD, Executive Director of CIID and Professor of School of Economics and Business Management in Beijing Normal University said, “The center is an interdisciplinary platform and system for cooperation. It would integrate data from Household Income Survey, Education, Psychology and many other departments in BNU. Moreover, CDRF would contribute their research data from their Student Nutrition project, Early Education, Career Education, Elderly Nutrition and Health. In addition, the center would also integrate the current human resources in forming a stronger team of expertise. The center would research on specific stages of development in human’s life cycle with economic models and methodologies.” Then Professor Li briefly introduced the mission, development goals, core tasks, system frame and future plans of CCEHD. CCEHD would take up the duty of promoting the all-round and equal development of human being. It is set to become a high standard research institution, which promotes academic research in human development with a top international team. The center would also dedicate to open up an interdisciplinary and creative research area and establish high-end think tanks with Chinese characteristics. CCEHD would focus on “the construction of a high-quality micro tracking database, the research on the economics of Human Development and the effectiveness evaluation of related policies”. In the near future, the team on the basis of eight subjects would optimize the use of available resources, promote the foundation of panel database on Human Development research, do more high-level innovation researches. It also called for strengthened cooperation in international exchange and fruitful results to make the database serve the government better. 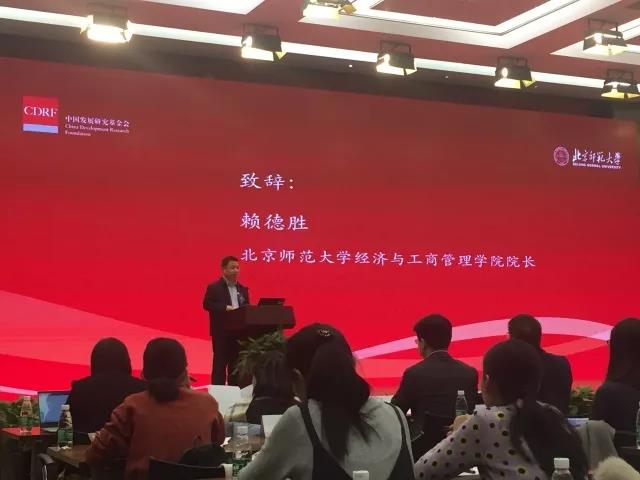 Lai Desheng, Dean of School of Economics and Business Management at Beijing Normal University, mentioned that: “In the period of rapid social development, Human’s development is still in a state with inequality, insufficiency and incomprehensiveness. As a result, the center’s foundation would be essential not only to the social development and progress, but also to the construction of database, the academic exchange, the talent training and the development of think tanks. 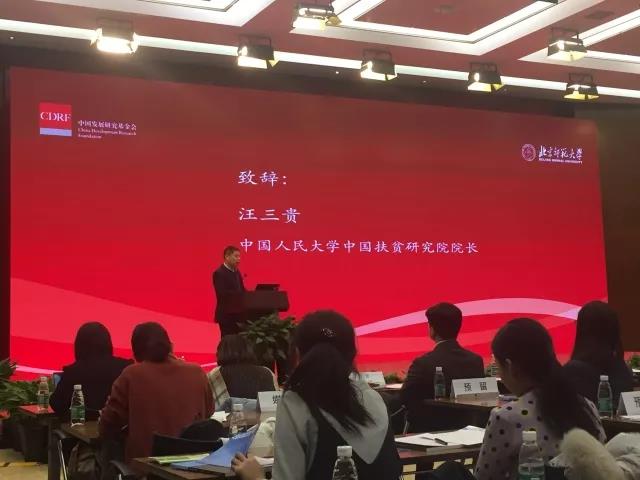 Wang Sangui, Director of China Institute for Poverty Reduction at Renmin University believed that the comparative advantage among countries mainly depended on human development, especially early childhood development, and the center would be of great significance to the future research in this area. 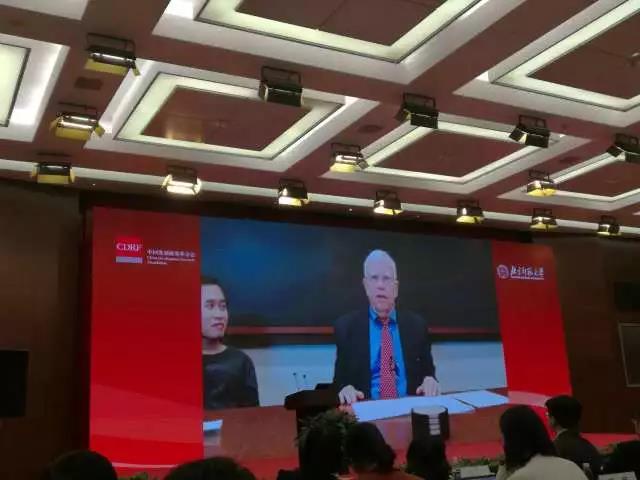 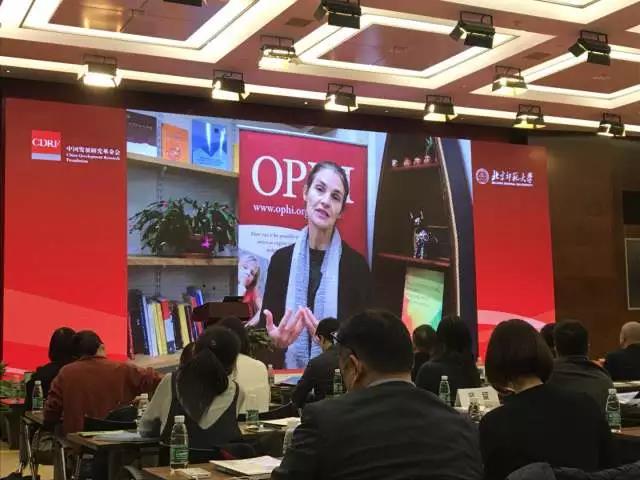 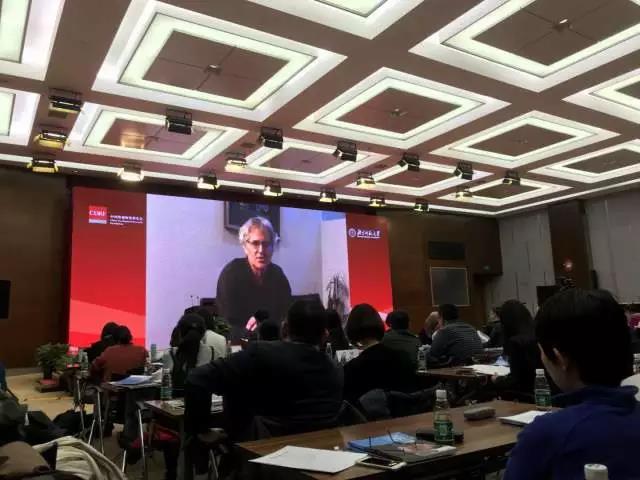 Professor James J. Heckman at University of Chicago, Professor Scott Rozelle at Stanford University and Professor Sabina Alkire sent their best wishes to the foundation of CCEHD through videos.